Toward a deaf cure.

Blimey capitalising the 'D' 3 times alone, bit obsessive, we are assuming they are talking about born deaf who are unable to compare hearing to deafness anyway, so naturally supporting the only status quo they know, fearing the 'unknown', and will they cope with that?  Currently, their education and lifestyles won't enable them.
The issue of genetics they haven't understood, it is a research aimed at the prevention of deafness not the eradication of those already deaf.  The issue of genetic intervention if/when it becomes safely possible will still be a final decision made by the parents.  Given a choice, we doubt the majority of parents potentially would demand a child with a disabling issue if a choice is there to prevent it.  It also means 10m with hearing loss will support intervention as well in the UK.  It isn't only a few who are born with deafness but the millions who acquire it who will be pushing for that cure. Loss equals disability.
Again we are talking about a theoretical near 90%+ option of the eradication of the deaf gene, however, there are more than 46+ of them so targeting would need identification first.  Research has in fact already shown an ability to target some deaf genes, but uncertainty if a genetic 'bullet' would hit the deaf gene alone or others around it,  with unknown repercussions, but who knows? they are getting better every day at it.
The battleground such as it is, by some areas of the deaf community, is to prevent such identification and let 'nature take its course'.  Obviously, this means more deaf being born, when that may be an issue that can be addressed.  Hence more deaf people for the community.
Very obviously deaf and all types of disabled people living now may well feel this is a 'down' on them, their lives and its quality,  and what it costs the systems to 'maintain' them.  One insurance company suggested it would not insure a child born disabled if, the cure was there and a parent had refused it.  Ominously this was supported in some welfare areas looking for an opt-out to financial and care support for them.
Very few disabilities have their issue unpinned with grants and funding for a 'disability culture', as they do for the deaf in the western world.  If genetics intervenes in the womb then this does not affect them at all, at least not for a generation.
Deafness isn't just genetics, less than point 2% of all deaf people are born that way as an inherited issue via a deaf gene or carries them.   There are other medical issues that can make people go deaf, even accidents and loud noise etc.  Whether genetics can address those, we don't know where the research is taking that approach.
Various surveys undertaken with the decision-makers (The parents), favour genetic intervention for all types of disabilities assuming the intervention is safe and the child born healthy. Only a few deaf parents object to such intervention, but with 9 out of 10 parents of the deaf being hearing, the foregone conclusion is a positive for genetics.
There was a case in the USA where a deaf parent was sued by their own deaf child for enabling him to be born deaf ruining his life options.  The case suggested deaf parents were hypocritical and afraid they couldn't cope with a hearing child, and that they had actively refused to take various supplements or take tests while pregnant to identify issues in the womb, as such exposed him to disablement, parents countered having a child was a human right and it wasn't about culture, and there was no intervention available.
Most deaf parents don't set out to deliberately have a deaf child, some claim that but unless their history is generations of deaf ancestors and they carry a gene anyway choice is debatable it is a right or an inevitability.  Most Deaf parents don't have deaf children anyway, also take all the tests available to them to ensure their child is born safe and well.  They aren't supporting the 'let nature decide' view, after all, the community and culture do not do the upbringing and the child doesn't belong to that community either except by default at present.  Very obviously there is a counter issue with hearing children of deaf parents. CI's hearing aids etc are all overriding that inevitability by providing more options than they otherwise would have.
This 'playing to the Deaf gallery' approach made us wince really so naive and very uninformed too.  They aren't going to be the people making any decisions, so the point seems lost.  Genetic research is not about attacking deaf, but preventing deafness in the future.  In that respect they may worry their community won't exist as such, the alternative is that a child will be born not having to struggle as we all did, and no amount of access, recognition or support is going to endorse that struggle as a norm.  IF a choice is available Deaf culture will be trampled underfoot believe it.
Posted by MM at Tuesday, November 03, 2020 No comments:

The DWP: They want to hear from YOU. 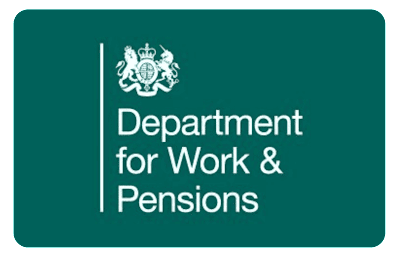 The Department for Work and Pensions (DWP) wants to hear your views, thoughts and comments on how they procure programmes. They have issued a survey to help them develop a number of initiatives and to give providers the opportunity to tell them the aspects of procurement that they do well and the things they still have room to improve.   The survey is in 3 parts and covers:

Your feedback and input is valuable to the future design of Tier 3 and FSF DPS 2 and how DWP develops and improves what they deliver and how.

Please note that any answers you provide will be treated anonymously and that there is the ability to save and go back to the survey, so there is no need to complete it all in one go.

The deadline for the completion of the survey will be 20th November.