The BSL Act. Time to get real? 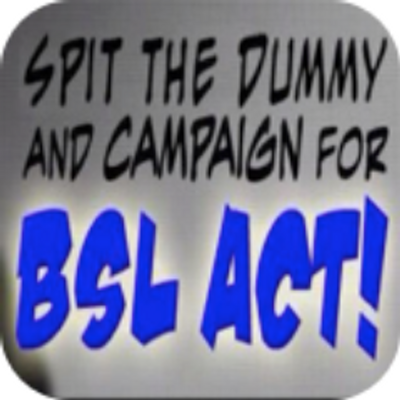 "I thought BSL act already setup few year ago but still slow don’t know what happened to them ?"

"The BSL Act is a fudge really, the great patronisation of the sign user. Lot's of 'talking' shops not really any advance for BSL or its users, basically, the UK is split on accepting this act with only Ireland and Scotland going for it.

Given deaf support is mostly funded from 'Central government' in London and then lost in the various devolved care NHS systems, its effectiveness is minimal to non-extant, with only the BSL user getting any real support so far, mostly those with additional needs. E.G. Wales has no ground-swell of support for it and no deaf schools either. England has a lot of BSL activism but the state stops short of enabling any of their campaigns, they feel 4 human rights and equality laws are more than enough.

The fact remains these laws/Acts cannot be applied 'globally', not even by setting precedent, and mostly, it ignores local realism etc.

As always, the real 'battle' for BSL is in Education and here, there is no UK census on BSL. As we all are aware there is no grassroots BSL professional back up to make it viable and they would need translators too. If anything such a set up can only work if hearing support it.

There are still questions posted here on this site, in that BSL is still an incomplete language so would be suspect as a tuitional aid in schools, currently, they use sign as an 'in' to English not as any 'in' to BSL sign language and grammar itself.  And that is a major requirement of their social aspect, so creates issues in adulthood via work, health, and social outside that area, etc.  Deaf are left with little option but to rely on each other.  The road to inclusion has been diverted.

Statistics put the deaf campaigns in perspective, with 9 out of 10 parents being hearing and the odd 1 out seems to be the deaf activist with no deaf child but with a lot of baggage to unload. It is time these activists (most in it for themselves), gave up their negative campaigning and concentrated on practicality instead of doom-mongering us all with their dire warnings hearing are determined to remove sign language and the community.  Maybe its time for social media to start removing this fake news too?

The siege mentality still rules.  We could point out all the teachers, all the support, all the interpreters, and own families, are hearing and the deaf groups are in no position to replace it, even if they tried 10m with hearing loss would object to being told by sign users how to live, or for them to set up own systems where the eligibility for support relies totally on your signing ability and not your need.

That need is being blurred with politics and emanating from a very select hierarchy of deaf activism that wants to retain control over peers by fear.