ATR has been asked to clarify a recent UK blog claim regarding a deaf children's charity survey.  ATR is happy to do so.  It's claim 3 out of 4 UK adults surveyed had no idea how to communicate to a deaf person, but the charity survey stated 2,000 were surveyed when the actual UK adult population is 53m approx. Three quarters would be nearer 39m not 1500. 50,000 deaf children statistic have never been validated, the children's charity has never claimed there are actual 50K profound deaf children, let alone sign using ones, the clinical statistic relates to children with hearing loss and deafness, they are not one and the same thing and only a minority of those are in special education schools.

NOTE: ATR requested a FOI on those statistics from all 4 educational regions this year of the UK, and the result was no clarification of loss degree at all they are all 'lumped' together.  It isn't possible to acquire an accurate statistic because they all list hearing loss differently.  That should not mean charities and activists can publish any statistic they like and invent them to suit their own cause celeb.  The fact that charities provide own statistics and the state refers to those instead of checking them, has meant widespread abuse and lack of belief in their validity. Ergo, nobody has done a real survey because it isn't possible.   It is 'prove differently' which of course is impossible. We got 100K signers and 12 m HoH, none of it based on actual proof, either by loss degree or mode or education or support required.  The last census rubbished them.

Quoting 12m without clarity, also suggested 12m deaf as well, this is a constant concern to the hard of hearing where their community and communication is projected as a Deaf one by inference and as an inclusive set up, when it isn't at all and their charities stand alone. By far the greatest issue with mask-wearing is deaf are asking for their removal while the government is insisting not, and most clear masks are no protection against covid.  Only 2 clear masks have been approved for NHS use, one is unavailable, the other out of stock on a regular basis, the DIY ones are no protection at all.   Personally, ATR has little issue understanding sign with or without a mask. Deaf adapt pretty quickly.  Whilst exceptions to the rule are there, the deaf cannot demand hearing remove theirs no more than hearing can insist they remove them.  Statistically more hearing are suffering communication issues than the deaf are by their own survey.

We are in a pandemic that indiscriminately kills, there is no cure currently, we cannot counter that with blaming others and demanding rights that leave others exposed to it, we adapt. No government can insist they put themselves at risk and there is no kickback if they refuse.  It is not 'up to hearing' to research how best to communicate to the deaf, it is up to the deaf themselves to make it clear what works for them, full in the knowledge it is unrealistic to expect all hearing acquire sign language, not least, because that would still leave out those who don't.  Given all the hints, tips and 'demands' are on restricted deaf sites mostly which hearing don't access (Or can't), then it is hard to see where coercion by law would make much difference and given every deaf person communicated differently.  It is a great sadness genuine surveys get reprinted with 'additions' and distortions' to make hearing people look bad. 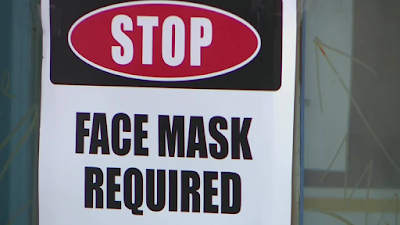 Although lots of different communication techniques exist, an UK deaf children's charity latest poll of 2,027 adults, showed just 23% knew how to communicate with a deaf person when wearing a face mask. (But a higher number of HEARING people [89%] who also had difficulty understanding speech with other mask wearers), The charity said that the results were very concerning because while public health must take priority, deaf people would be left facing an even higher risk of isolation and loneliness.

The poll shows that one in five (21%) said it happens most or all of the time. However, the results also show positive news for deaf people because the general public is clearly very willing to help improve the situation.

Four in five (84%) said they would change their behaviour if it would help a deaf person, while 68% would lower their mask on public transport to speak to a deaf person, as permitted under Government guidelines. As a result, the UK children's charity is calling on people everywhere to “play their part” in helping include deaf people feel included in conversations and social interactions, which it says everyone will benefit from.

ATR: So when you need effective communication TELL people, because they cannot see deafness and don't know which works for you. While many hearing people are more than willing to help, they aren't mind-readers.