Life and Deaf in Covid.

Life & Deaf in Covid from Film Oxford on Vimeo.

The ongoing assumption is deaf are all good lip-readers but the signers really do not rely on lip-reading.  Clear masks present issues in that they aren't protection from COVID, so apart from risking yourself, you are asking others to as well.  The pandemic means you may well be asking someone to risk their lives so you can lip-read them.  That may be a 'right' too far to make a demand with given no law would empower that.

It is difficult without seeing all facial features, but it has to be balanced with risk. One charity survey suggested that more HEARING were suffering communication issues with masks on, up to 89% of them did.  We have a disability of the sense that is our bad luck, so nobody to 'blame' about that.  COVID means the usual debates and issues regarding rights have gone out the window and you cannot fight a virus with a rights message.  It will still infect you.

We just all have to accept everyone is in the same position and adopt the rules until a vaccine gets it under control.  Deaf suffer because they are isolated anyway and in part, because they prefer to isolate themselves within their own community, which COVID has seriously undermined by making social contact virtual instead or actual.  From what we have seen deaf haven't switched to that option and more isolated as a result.  This may be down to the reality their reliance on each other wasn't as good as it gets, and they need to find more effective ways of reaching out to hearing instead of going it alone.

COVID has proved the deaf way is its own Achilles heel so perhaps now is the opportunity to change the way we address isolation.  From what we know deaf won't adapt and will wait it out and carry on as before, I am unsure that is progress the opportunity to acquire viable alternatives are now.

Hola! Just the usual post to ask how you are managing there in these covid-ridden times, now the bush fires are out, the wildlife and beach bums and barbie fellowship are being a bloody nuisance again? 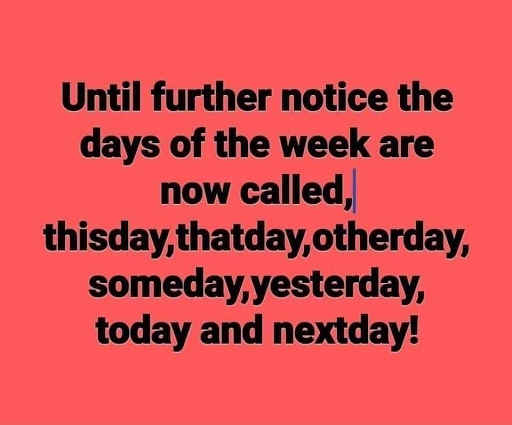 I suspect you have probably read the UK is in a worse state than before, but you know us, what's new? we don't listen to advice ever so nothing much has changed really.  A lockdown they all go mad and then they get pissed stab each other then spread it all again after, cue another lockdown etc. We just go out for food and come home again avoiding anything on two legs and hoping the TV doesn't pack up because that is all there is really, I'm probably the world's leading authority on the potters' wheel by now.  I can't stand the other stuff they show, it's either idiots jumping about with fits they call dancing or people cooking crap nobody in their right mind would eat.  What the frig is lychee anyway and who cares?

Our family is much the same and getting paranoid about leaving the house for anything.  Since we emerged from the latest lockdown, masks have gone by the board again, social distancing has been abandoned, and public transport are the new mobile coffins.  Of course, should you negotiate all that, hardly any shops exist to shop in.  Xmas is off until 2022 at least I gather.  Let's face it, Santa was an overrated  Yank anyway and his ancestor was probably Turkish...

We haven't entered a pub in 9 months either because you get the 3rd degree, they want your name, address, your mobile phone number, but they stopped short of counting our teeth, if you manage all that you are on the clock, 1hr they want you out again.  Deliveries to your door usually mean a van turns up they throw stuff over the wall take a photo and then gone again, and what isn't smashed to buggery gets stolen.

A lot of my neighbours have lost stuff because there are a few nere do wells following the delivery vans and then taking the stuff left outside the doors for themselves.  Yet another set up are dog and cat snatchers, people around here have lost nearly all their pets.  I suppose N Korea is buying them all up, or MacDonalds.  If it means less dog s.h.i.t. to step into I'm all for it.

I gather our Bro is OK according to his kids but umpteen years down under still hasn't taught him how to use a phone or write anything (which is a conundrum given he runs a post office or something the last 15 years). This last week has seen 3 neighbours move away in 2 weeks, we must be using the wrong soap or something.  Now only 3 of them actually speak da lingo, the newcomers are Polish and Asians one talks in consonants, and there isn't a vowel to be heard from any of them and the others face Mecca 5 times a day and the bloody sand gets everywhere.

I never went abroad in 40 years to avoid all that, now they are coming to live next door.  I suspect post-Xmas we will be going too, so at least we can communicate to someone.  I'm too old to speak to foreigners every day, I much preferred ignoring them up to now or shouting at them. Now our GP's don't want to know you,  and none of them speaks the language either, hospitals are full of covidiots who thought rules were for others, and the health and advice helplines need helplines too, now they have run out of unemployed, or locked up students to man them.

Not only is it 'physician heal thyself', but I gotta do it as well, thank the gods google exists, if they cannot diagnose you with some exotic malady they can at least sell you enough lethal drugs to stop you worrying about it. Most are off their heads around here on nitrous oxide sniffing, which I gather are gas canisters for use on cake making equipment, no wonder everyone is baking lately... Our local pub erstwhile deserted for 12 years is now a cannabis factory, there was a fire there recently and half the village was out of it.

The Welsh government says we can travel all over Wales if we want to.  The problem is nobody wants to, and they don't seem aware they also told us don't travel anyway because that makes things worse, roll on the election next year, rin tin tin is my favourite to win it or maybe Trump he wants a new job now.

Get out in the fresh air is the advice, (Which drew a few incredulous titters here), we live in WALES (Nuff said), if the flu or covid doesn't get you the flooding, the rain, and the frost will. Failing those, most around here are walking plague carriers anyway.  You get a real 'pick n mix' of issues here to catch.  We just read 40% of GP's are due to retire, (that is the ones still sober enough to still operate). No trainee wants to be one so it is back to witch doctors again and home remedies.  Which means Instagram is set to make a killing advising us all to do a mantra or slam doors for Jesus on December the 25th.

Hoping this letter finds you as it does me, or the postman stuffs it up again, in which case you probably haven't read this.