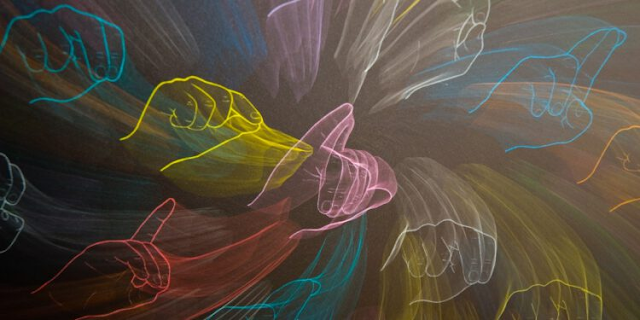 The issue is really will they use the access it may provide? or still maintain their status quo?  Or refrain of outrageous claims the UK has 87,000 daily BSL users? (Which won't get any of it because we have left the EU and it looks like no deal is possible).

We don't know the 'Irish' situation but the UK part (Northern Ireland), has never received any funding from Europe itself since we joined in the 1970s.  How it works, is the UK sends £15B or so a year to the EU so they can get 'free trade/travel' there, then the EU decides to send some of it back in the form of grants, but in essence, they are simply sending back a minor portion (Less than one 8th), of what we send them, the rest is distributed to countries that joined for the money too poor to fund themselves, a few billion for a building in Brussels, and pools-figure wages for what passes as governance there.

The EU granted €5.6M (£5.1m), to a project that addresses the communication gap between hearing and hard of hearing people. (Which is as much the will as the technology).

SignON is a 3-year project led by ADAPT at Dublin City University (DCU), which claims to be on a mission to address the communication gap between users of spoken languages and deaf sign language users. In a recent development, the SignON project co-coordinated by Tilburg School of Humanities and Digital Sciences has received Horizon 2020 funding of €5.6M by the European Union (EU).

Use of the funds

With the funds, Prof. Andy Way (Professor of Computing at Dublin City University), Ireland (coordinator), and Dr Dimitar Shterionov Assistant Professor in Cognitive Science and Artificial Intelligence at Tilburg University, The Netherlands (scientific lead), will conduct research and develop a mobile solution for automatic translation between sign and oral (written and spoken) languages.

ADAPT is a leading SFI Research Centre for digital media technology that focuses on developing next-generation digital technologies around how people communicate by helping to analyse, personalise and deliver digital data more effectively for businesses and individuals.

About the SignON Project

SignON is a user-centric and community-driven project with an aim to facilitate the exchange of information among deaf and hard of hearing, and hearing individuals across Europe. The project is primarily focusing on the Irish, British, Dutch, Flemish, and Spanish Sign and English, Irish, Dutch, and Spanish oral languages.