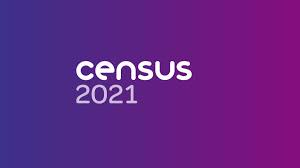 ATR contacted the national census recently via a request for suggestions and inclusions, ATR sent them this:

"After reading and contributing to the last census (And recently being asked to contribute pre census again), I was concerned at the inclusion of the question regarding sign language (BSL) usage, as there was no question or clarity as to whom the question was aimed at or pertained to.

You will know stats better than I do, and see the total abuse of statistics online and charity-wise re various campaigns, but during the last census many claimed to be users of BSL who actually were not, and did not have hearing loss either, they were heavily lobbied by various focus groups to suggest higher usage than was actual.   In short, an attempt was made to create demand to promote their cultural point, should there not be more scrutiny on how topics and questions are included?  As it emerged, they complained after not enough people said they signed.

We suspect the National state census was probably hijacked via cultural pressure. Questions like are you deaf? do you know sign language? will offer no viable feedback to the census, because it does not define if it is daily or only means, nor does it require an answer to the user proficiency of it, it relies on the individual self assumption and own assessment that may not be medically, statistically, or support validated or recorded anywhere. E.G. 9 out of 10 do not KNOW how deaf they are, let alone what really is most effective communication for them.  No assessments of that are ever done, only db loss is definable.

Whilst clinical identification of hearing loss and deafness IS validated, nothing else is as regards to community, culture or communication used as the law via the Data Protection Act prevents anyone being thus identified. If we are going by (As the state apparently still is), by what charities state themselves is the figure then where is the actual stat to be found? or the needs defined?   After all, the census designs the questions with regards to identifying present and future need provision.  Under current assumptions a complete lottery as it stands.  If we wanted to define need then surely gathering support provision statistics is the only way to know?  E.G. how many have requested help with BSL?  I quote your own output:

"Everyone benefits from the census. It informs decisions nationally and locally on vital services and issues like diversity. Ultimately it ensures millions of pounds are invested in emergency services, mental health care, school places, hospital beds, houses, roads, GP’s and dentists’ services based on the information people give. We’ve made it easier for people to complete the census online on any device, with help and paper questionnaires for those that need them."

If true then the decision to enter a 'loaded' question 'Do you use sign language' in the last census did not identify those in need, or indeed those who use or have proficiency or reliance on BSL, as those identifying questions were not included.

We can all quote meaningless charity statistics which bear no relation to accuracy because they create them themselves and do not require validated proof and because there is no way to prove them.  There may be e.g. 12m with a hearing loss, but not 12m using sign language, or 12m lip-reading, or 12m deaf.  Claims there are 95/109,000 daily using sign language in the UK the census has not validated that simply because they did not demand actual proof of it.  They rely on the user response but fail to identify that user.

I would be obliged if you can clarify how the next census intends to pose the BSL question and if it is being hamstrung by other demands of culture to confuse the issue of hearing loss?  As it stands anyone can quote any statistic, should not the census be leading the way on this as a government agency?

Census Response:   Everyone benefits from the census. It informs decisions nationally and locally on vital services and issues like diversity. Ultimately it ensures millions of pounds are invested in emergency services, mental health care, school places, hospital beds, houses, roads, GP’s and dentists’ services based on the information people give. We’ve made it easier for people to complete the census online on any device, with help and paper questionnaires for those that need them.

The next census will be held on 21st March 2021 in England and Wales and results will be available the following year. However personal records will be locked away for 100 years, kept safe for future generations.

About the Office for National Statistics (ONS)

The Office for National Statistics produces the numbers that matter most– on the economy and business, people, population and communities. Operating impartially and free of political control, we are mobilising the power of data to help Britain make better decisions and improve lives.

Obviously, deaf cultural promotion IS political (It's a rights campaign), to suggest the Census is free of that pressure is false, the very inclusion of BSL and including deaf as a cultural minority not disabled e.g. defies those claims. If deaf BSL users are deprived and do have over 100,000 users then, the obvious statistic of less than 900 part-time interpreters to serve them would indicate intense deprivation but, this isn't the case.  It is also factual less then 20 deaf schools exist and no will by the state to create a BSL curriculum either,  Is the campaign to create an artificial demand to bolster the 'Deaf' cause?

As it stands I am unable to complete your census form until I receive clarification on the question.