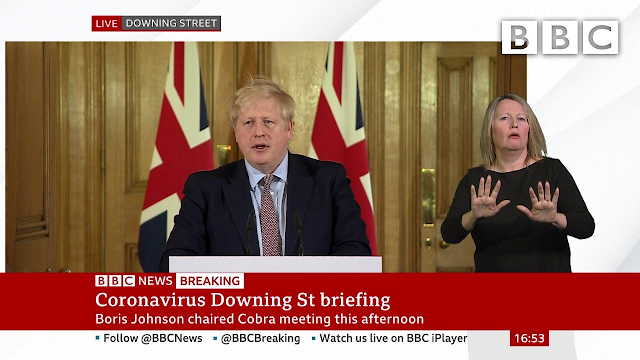 In a response [published below] apparently not.  Regular readers will know ATR published a link to BSL signed coronavirus proceedings during the very first public announcements on TV in March/April this year, (See the proof above), subsequently publishing links to other sources, but charities chose to not look, and ignore the evidence.  ATR offered the BDA social media the links to the access and they were refused and removed from their social media.

What was missing initially, wasn't BSL but the link to where the BSL  interpreting was (BBC NEWS channel), but this was later corrected when pointed out.  Where access has been ever since. Boris also gave funding to deaf charities to help them explain details they couldn't follow.  The reality is the tier declarations confused everyone, not just deaf people and continues to do so...

If the UK Government wants to check out their claim of 80,000 deprived sign users best of luck, nobody is able to prove either way if that figure actually exists as fact. As this week showed the national Census who asked everyone, got no stats of use either. 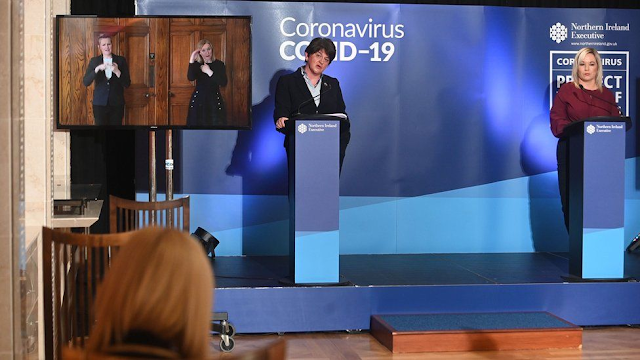 Note: Ireland had TWO interpreters, Wales and Scotland also have in-vision BSL signers, neither updates are done in first minister homes. As stated, Boris at Number 10 could not guarantee social distancing there so offered it on the BBC channel instead.  Given the urgency and questioning, interpreters could not really be briefed as to what was going to be said.  Devolved areas usually do not have 3 people every time either.  Deaf BSL users choose the subtitling mostly so not really deprived, and titles give far more detail than sign does.
The legal case is based on 'deprivation' of BSL, not, deprivation of access.  I suspect the case won't go in BSL favour, but the idea is really to promote BSL.  Hence why the legal case prefers NOT to mention deaf can and do use alternatives already provided for them e.g.

Lip-reading, titling, captions, subtitles, 4 dedicated deaf charities and even TWO BSL channels, neither of which have offered their own community that access but happy to take funding for doing not much at all but flattering themselves..

A government spokesperson also said: “We are committed to supporting disabled people through every stage of this pandemic and have established BSL interpretation at the No 10 press conferences via the BBC News channel and iPlayer, available on all TV packages as part of Freeview.

“The BBC has also made their video feed for the BSL interpreter available to all other broadcasters and for use on No 10 social channels.  “We continue to work across government to ensure that information and guidance is fully accessible.”