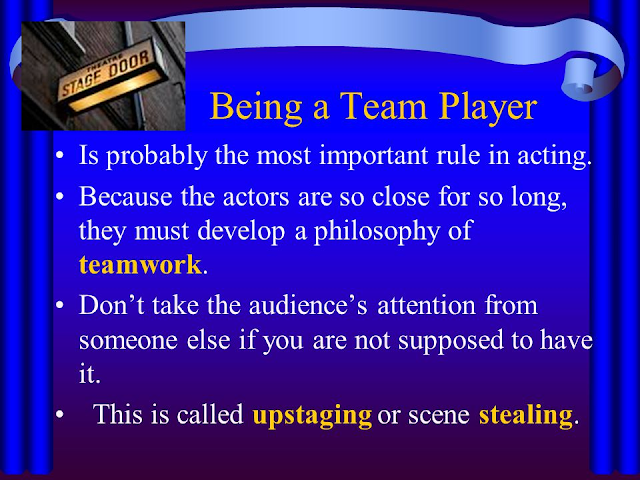 We note there are still certain deaf areas insisting deafness and sign language solely belongs to them, only deaf people can sign and only certain deaf are actually that.  When the world was young, the born deaf or those with nil useful hearing ended up in an institution or deaf school apart from everyone else, which allowed a culture of sorts to be honed in isolation, this hasn't been the basis or norm of deaf people for the last 30 years in reality, and what constitutes the 'validity' of having a separate culture today is becoming quite loosely based as the criteria and situations no longer apply as they did.

Obviously, those who insist they are still a la as they used to be in those times even today, have seized upon the film and acting professions as a 'target' because hearing actors are being used to portray deaf people and not deaf actors playing themselves.  I am deaf I can sign why shouldn't I play the role about the culture? I don't belong to it, but it just requires someone deaf who can sign to plug the image let's face it.  However, I risk the wrath of them all by speaking and lip-reading too, or even having a CI or something.

It is such critics who defeat their own inclusion. The crux of the issue is HOW deaf people come across as actors in whatever role they are playing.  They tend to not stick to the script which may or may NOT be about deaf culture.  Then we can see the relentless drive by them to 'lecture' the audience and anyone else within range on how they must adopt the position with deaf people. (Deaf do this, deaf do that etc.).  Which may have no place either within the role or the script.  Everyone is an advocate. It's not exactly clear WHAT they are advocating but....

It is misleading to suggest the 'Deaf' lifestyle and perceived culture is one that is a norm for deaf people because we know it isn't.  While activism can lobby at the hearing to promote their lifestyles their way, they are getting opposition FROM deaf who don't actually share their view.  The idea sign belongs TO deaf people is wrong also, hearing made it a means to communicate more effectively or it would have remained mime.  Hearing created their basic ABC.

Culture identities are pretty easy to acquire, the actual criteria simply state 'Any two people or group living and acting in the same way..' can call itself a culture.  The Hard of Hearing could do the same tomorrow, and it is a conundrum as to why they haven't utilised the cultural gig because the kudos would have given them far more support and profile than they are getting now.

At the base of all these rows is a stark reality, deaf actors cannot portray hearing ones.  That is because they cannot hear and there is no way around that.  However certain deaf areas that DON'T use sign and e.g. lip-read, can do a passable imitation (And risk getting attacked for it as not being really deaf). Which they are, and the reality is a lot of deaf do not have a cultural want.    More inclusion by default means deaf have to adapt to new realities, like using alternatives to sign basically if they are able.  Bi-linguality has to be real.

It would seem the fact those deaf actors who are reliant on sign language, is at the root as to why it is difficult for TV and filmmakers to include them without it drawing attention away from the story or other actors.  Not everyone wants to risk including a deaf signer bent on telling others what they have to do to accommodate them all the time, that is for deaf awareness gigs.  We know children of a lesser god was mooted as a major breakthrough, but it was done toning down cultural aspects (There were no deaf peers etc), and the deaf actor was able to bridge communication issues which a lot of current-day actors do not seem to want to do, but to stay 'true' to what they believe deaf people are, but they remain a minority, albeit able to punch well above their weight, there is no getting around their stance presents issues for deaf actors who mostly, tend to be involved in deaf output, a minority form of the arts and aligned primarily with disability output.

The more they do this the less they are able to, or want to adapt, little wonder then those that make films or shows employ those who present less aggravation or confrontation to them and prepared to step outside their own perception.  Playing yourself is stereotyping let's face it.  Deaf culture cannot exist apart and be included as well,  inclusion demands compromise they do not appear to want to do.  Nobody deaf or hearing wants tokenism either that would kill off cultural awareness, demean the point.  The facts remain deaf actors lack a lot of basic skills too and awareness of 'hearing' things is alien to some of them so they encounter issues relating to roles and revert to typecasting.

At the end of a very long day, acting is about pretending you are someone else, and the Deaf are struggling to do that.  The intro photo needs an explanation?  or maybe it doesn't....