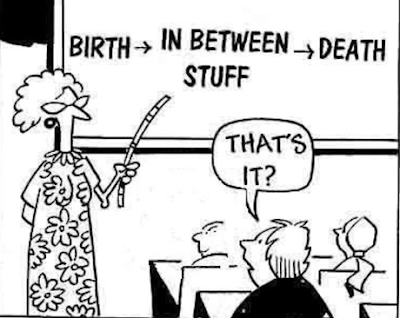 And nowhere else to go?  Why hearing loss awareness has failed worldwide, and people unable to find their place in the world are hosting unrealistic expectations of integrating with someone else's culture, adopting another language, and living another person's lifestyle.   It doesn't happen, does it?  So you live a life of frustration instead?  All you can do is face up to reality, decide where you want to fit in and work at it, but being something you are not, is never going to work because you are always expecting what you had before. You cannot expect those who have no knowledge or preference for hearing things to be able to support those, who still crave that.

It is interesting there are areas of deaf people that will include non 'Deaf' online, but, online is not face to face, and you still aren't living their lives.  If you are using text as a means you aren't using their preferred communication either.  The problem is zero advice or support for those with serious hearing loss on what expectations they can go for and what ability they have to make it work.  Going deaf is the start, there are lots more hurdles to overcome, and, adopting more limitations, alternative social norms, you don't expect deaf culture and lifestyle will impose on you, nothing is for free, and most are still battling with trauma. Learning sign language and attending a deaf club alone won't provide those alternatives since, they are a way of life, not an area you can just pick and choose from.

Pessimistically only 5% of those with hearing loss ever manage to adopt a 'Deaf' lifestyle.  The answer is simple they don't want a deaf life, they may just prefer social parts of it.  It's far from clear 'Deaf' want to be included, and prefer to stay like with like, their battles aren't about inclusion, but about the right NOT to change and to get more support to stay that way.  They also oppose educational things those with hearing loss consider their norm, so conflict is going to be there.  Topics like non-sign use or deaf cures won't help you either.  The naivete of HoH who think they can switch from a hearing to a deaf life with few issues is why they fail to it.

#1 People have different ways of being deaf in the world—whether it be deaf people, people who are hard of hearing, or cochlear implant users.  In the spectrum, I lie between deafness and hearing, someone psychologist Neil Stephen Glickman considers “culturally marginal deaf.” These choices aren’t mine but the result of my circumstances and decisions made by my mother who has dictated most parts of my early life. She chose the path for me to regain sound moderately and to live with a cochlear implant.

Unfortunately, my implant doesn’t ameliorate my hearing completely or reconcile me with my peers. It pulls me back from the deaf culture without really allowing me to enter the hearing world. It is a Janus-faced kind of existence, as I try to find balance in both worlds. And since I live with predominantly hearing peers, complexities arise and social adjustment is hard when I try to join the deaf community. I feel very lost and benighted.

There are deaf people who have a realistic understanding of both cultures. They develop a bicultural identity. There are also deaf people whose first language is sign language, securing their sense of belonging in the culture. I am neither and it feels like I’m eclipsed away from both worlds. When cochlear implants were newly invented, many believed they could magically restore hearing. After discussions with physicians and audiologists, many hearing parents were convinced that this was the answer to their child’s hearing loss.

There are early birds and late adopters. I was an early bird, making me new to the deaf culture and engaged in the hearing world. Late adopters are more immersed in deaf culture since they got their cochlear implant late. We are also often coerced into speech therapy, forced to learn a culture and ideal that are not ours. Think of it as “colonialism” from the vantage point of the deaf. The deaf community sees this as a threat and a struggle for acceptance and recognition. Being able to hear at the age of 3 developed my initial speech. I remember my mother telling me how “lucky” I was that I wasn’t like the other children.

This hegemonic notion allowed me to be lulled by a sense of complacency. It created ignorance toward the deaf community, causing me to be shunned from the community.

#2 I lovingly refer to my cochlear implant as Cleo. Outside my house, I would have her by my side round-the-clock. But at home, it was exactly the opposite. I would ditch her, making my auditory perception progressively worse. People I interacted with lost their patience, misunderstanding my “huh?” as trolling or an ironic response. Eventually, I stopped asking “huh?” and just pretended like I heard them. This caused me to feel like I was dissipating or drifting away from the world.

This somehow affected my speech development and further retracted me from deaf culture because my life was fixated on the hearing world. Sound was the only thing keeping me away from oblivion and connecting myself with the world. However, owning a cochlear implant doesn’t help me understand words distinctly—which in the past had helped me become the class clown.

The many painful and hurtful encounters I’ve experienced taught me to let others normalize this perpetual kind of oppression because my ignorance and complacency made me lazily accept things like being shouted at, being misinterpreted and misunderstood. When I first joined the deaf community on the chat app Discord, I sensed hostility from my deaf peers. I had no prior experiences with them nor was I heavily influenced by or exposed to their culture. I hardly knew sign language.

I joined a social gathering on Zoom arranged by one of the admins combating oralism to reinvigorating sign language. I felt useless because I, along with one of the hearing individuals, disrupted sign language communications. But that didn’t anger anybody. They typed as a way of communicating, bringing hearing and deaf peers together.

Everyone had to introduce themselves. When it was my turn, I gave a short introduction about myself and the reason I joined the community. I talked about how rarely mainstream deaf culture is in the Philippines. We all shared feelings on an intellectual level, that degree of loneliness because we all live in a predominantly hearing world. I asked: “What’s the purpose of the call?” Pika, the owner of the server, replied with a simple yet firm answer: “To sign words.” The purpose of the call was communication and to make the participants feel less excluded.

Zoom calls were held every Sunday. During my second time to join, the participants were predominantly deaf people and people hard of hearing. They signed seamlessly. I couldn’t join them or catch what they were saying, reminding me of the unique combination of exclusion I continue to face. In the deaf world, I don’t know sign language, and in the hearing world, I can’t discriminate syllables and organize words, I only hear sounds.