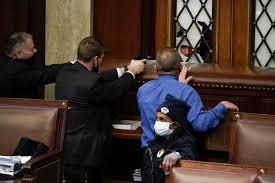 The US Congress certified Joe Biden's victory in the presidential election, hours after Trump supporters stormed the building in an attack that saw four people die.  Lawmakers resumed the session after police managed to remove the mob, which had been encouraged by President Trump in a bid to overturn his defeat.

Sad that across the pond in the USA, democracy has resulted in the complete opposite to what it was intended for.  The USA which was envied for many years as a bastion of freedom and freedom of speech (But not now),  has enabled the rabble-rouser, the extremist, and just about anyone with a petty grudge or gripe, or who is different (Which means the entire population really). America has failed to understand human nature and their own people, in that in attempting to enable and equalise everyone the sole result is anarchy and a free for all, and a right to shoot at those who disagree with you, even plant a few pipe-bombs at their seat of government.

There are leaders, and the led and any attempt to address that is against what the USA stands for where anyone can be or do anything.   America now needs to change the way it approaches democracy or descend into absolute minority rule.  Yesterday's events did more for countries like China, Korea and Russia who could not have hoped for a better reason to state, 'this is what you get for being democratic..' Incompetents rule and extremists support them.  They, of course, would have shot the lot or sent them away somewhere for the rest of their unnatural.

Obviously who the Americans choose to lead them is down to how they vote (Which doesn't seem to be all that straightforward).  But there does seem a total lack of political awareness in the USA whom the Brits assume politicians only get to be elected via how much is in their bank balance and not by any suitability for the job, it costs billions of dollars not votes to get to the white house.  As a result, they got Trump. The wild West came to town.  They need to dump the gun culture and start educating their populace, greed isn't good.

The future of hearing healthcare.. 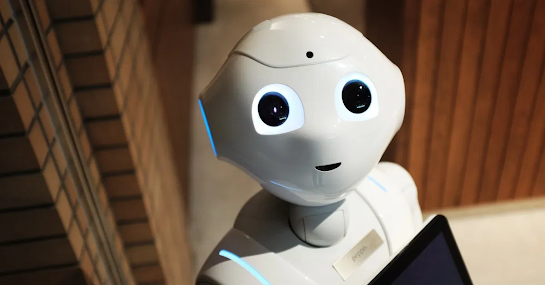 How do you see the future of hearing health care? This is a difficult question, but one that Ida Institute is tackling in its Future Hearing Journeys project. In December, Ida organized two online innovation workshops with stakeholders from around the world to examine the trends that will affect hearing health care. I was pleased to participate and represent the consumer point of view. The project’s goal is to help people with hearing loss and hearing care providers better navigate this changing landscape. Read more about the workshop here.
ATR COMMENT:  Research needs investment badly, there is a growing 'acceptance' of deafness that while helping hearing loss sufferers, is making issues for progress towards its alleviation or eventual cure.
By all means, support those now, but the bottom line has to be aimed at eradicating deafness and hearing loss as much as possible, and I don't see charities doing this, (except the RNID who heavily invested in research), but they are struggling now and reverting to supporting deaf-only approaches again, whilst other deaf charities have simply refused to back research at all, and objected or opposed it.  It started with CI's but extended to objections to oral support, lip-reading, hearing aids, basic English access and divisions by decibel, attacks on hearing parents of deaf children,  and biased communication and supportive approaches.
Minority rule is overruling majority need. The drive for rights and support is clouding that bottom line, research has to have an equal priority. I'd also like to see the haphazard class approach of BSL and Lip-reading scrapped altogether to remove any 'and/or' type of choice, to be replaced by a new/free system that includes total communication. 10m sufferers want out and I don't see any determined drive to make it happen.  Back to basics, NOT, back to same old.
SOURCE
Posted by MM at Thursday, January 07, 2021 No comments: