No, not 'hears when he wants to..' but asking why recorded sound or live sound output via listening equipment like TVs, radios, etc don't have a more selective sound 'edit' option as a norm? 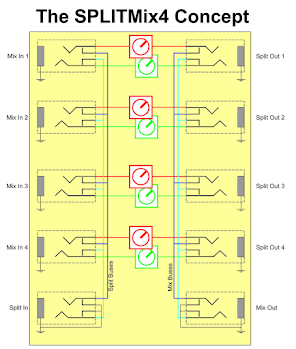 There has been a growing interest in addressing sound output on TV's.  Because of the variances in what we can hear and follow via sound, it is suggested we lobby TV manufacturers to install as a norm, sound channel/split edit options, so we can listen to them editing out those sounds that don't help us listen, and to remove background sounds that make listening difficult. Regardless of how effective some hearing aids or CI's are, quite often we still struggle to follow, enhanced/louder volume is not the way we want it, or even clearly hearing background noises, but choice, in what sounds we are hearing.

Being very simplistic (Sorry), a TV show may be a singer doing a song and dance in from of a crowd of people, we will notice every area on that show will have a microphone attached to it, what we 'hear' as output is the final mix.  What we could benefit from is us doing that 'mix' ourselves via an option on our output equipment, the technology is actually quite basic re the recording.  Certain frequencies are not possible to hear for some of us and so clearing away surplus sounds that don't help us follow would be more useful.

I used to have an old vinyl record player (!) whereby I could switch stereo channels on and off, which meant I could listen to the music, or, the singer using it because that is the way they record things, different channels for different instruments and singers etc.  Personally, I preferred the music to the singer but...

Karaoke was developed that way originally where they sold the music channels off so wannabee singers could have professional backing to their efforts. You can buy such recordings today easily.  The old player allowed me to select which I wanted to listen to, surely in the 21stc this should be a doddle to include on TV and film equipment now despite 100s of sound edited options they use to record? I  am unsure if that was via the vinyl makeup itself or the channel split option in my player?

We don't really understand sound, only what we can hear or can't.  E.G.  I could do without traffic noises in the background or loud music. If such editing equipment was pre-installed in TV manufacture then the cost of so doing would make it worthwhile?

Sound options you can currently use. NOTE: These don't contain sound channel split options, but options to raise/mute or lower some of them.  Those with hearing loss need a more comprehensive option as frequency and hearing loss loss varies so much.