The Wiki guide to deafies

The current online page is unofficial and unvalidated, (As is most of wiki).  As with any online site please chack content is from a  reliable source. 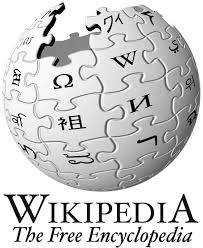 Is Wikipedia a reliable source?

Wikipedia can be edited by anyone at any time. This means that any information it contains at any particular time could be vandalism, a work in progress, or just plain wrong. However, because Wikipedia is a volunteer-run project, it cannot monitor every contribution all the time. ...

British Sign Language (BSL) is a sign language used in the United Kingdom (UK), and is the first or preferred language of some deaf people in the UK. There are 125,000[4] deaf adults in the UK who use BSL, plus an estimated 20,000 children. In 2011, 15,000 people living in England and Wales reported themselves using BSL as their main language.[5] The language makes use of space and involves movement of the hands, body, face, and head. Many thousands of people who are not deaf also use BSL, as hearing relatives of deaf people, sign language interpreters or as a result of other contact with the British deaf community.

Note the term 'some', and the immediate reference after of a statistic of 125,000, none of whom are validated anywhere in the systems of clinical records as using BSL, either as a first or assistive means of following speech, neither does it identify what level of proficiency any of them have.  The 15,000 statistics of England and Wales has also not been validated, as well as being challenged by the deaf campaigners who demanded the question entry, because it failed to validate their claims of over 95,000.

[With deference to the NDCS, 20,000 deaf children doesn't mean 20,000 deaf BSL-using children, it's a clinical fact, sign isn't a prime medium or immersive type of deaf education tuition at present].  The people that entered the 'data' designed it to look vague and biased towards the use of sign language, and its cultural aspirations.  Obviously, on the basis you say something often enough it is taken as fact even if it isn't. The NDCS however, hasn't officially endorsed this (Or indeed aspects of any BSL curriculum)..

The census simply notes 15,000 have claimed its usage, again where used and to what degree is not noted either, those questions were never asked as they would violate the data protection acts, and require validation via assessment.  The basic question 'Are you actually deaf?' was never asked either because there are contended definitions and too many personal perceptions of what deafness is.  Profound no longer seems to apply.  Where the other 105,000 (!) BSL deaf come from, is anyone's guess, but neither N Ireland or Scotland has those extra people despite Scotland claiming 350,000 deaf there and N. Ireland another 200,000,  (An apparent secret pandemic in those two areas of the UK!). NO validated stat exists as to their preferred or actual primary communication approaches in those areas either.  Each is quoting CLINICAL definitions, not cultural or sign-based truisims or recorded fact.

Wiki also states it has its own grammar which is still in contention as too many aspects of the host language and Grammar (English), Are the basis for BSL.  The reference citing 'The Deaf Pub' does not seem to provide academic credibility to the wiki entry either.  The entire BSL issue is based on hearsay and charitable claims, none of which can be validated because there is no legal avenue of determining facts from individuals.

There ARE clinical validations that state degrees of deafness and hearing loss, but NO records on what means they are using to communicate really exist, (apart from the take up of BSL interpreter support which is nowhere near 15,000), but again, the systems that pay for, and provide that support, do not keep accurate records or, include Hard of Hearing 'support' as BSL support too because sensory loss support is 'inclusive' for the sake of record-keeping.  There is no effective records kept if deaf support IS BSL, or some other means used to follow.  Many systems record deaf people as disabled etc which usually means stats are repeated for each category that is used to record deafness.

E.G. Welsh governmental sites cited no less than 11 different categories where deaf people were listed as being a part of.    The onset of cultural demands and the 'language' rights issue meant that governmental agencies adopted culture and BSL to all 11 areas as part of its access and inclusion process, hence the highly inflated claims of BSL users and it's usage.  Deaf equals culture and language rules and editing to identify aren't done, such sites reflect current 'belief' and not current accurate data.

Requests for government sites to cease multiple listings of the deaf to avoid confusion has been ignored, indeed site owners say impossible. The requests for more clarity, and to stop applying the D/d reference to everyone deaf to more clearly identify who is actually a cultural deaf person and monoglot user of BSL has also been deemed impossible.

Local Authority sites who keep lists of deaf seeking social service help and support, don't keep accurate records either, some listed 300 deaf who were no longer alive or had moved elsewhere.  Others not updated in 11 years. It would appear issues with inclusion and rights is blocking statistical accuracy and it is a free for all at present, not helped by deaf sign charities contributing their unvalidated claims there too.  In essence 'think of a number' is the rule of a very long thumb.  At present these deaf charities are deemed the sole reference point for all 'fact' by the state too.

The references appear to emanate solely from one UK deaf sign language based charity, who has no realistic deaf membership, which is countered by the UK's largest Hard of Hearing charity who have own stats on hearing loss citing no less than 10-12m.

We note research into 'famous' BSL people is a project being currently aired, obviously, this is NOT about deaf people par se, but singular BSL users.  Which is nothing to do with inclusion as we can see.