Is it time to disband deaf charities?

Some think so.  A recent post in a local newspaper raised an issue of the National (UK), lottery which so far has raised over £30B and averages £30 to £40m per week, a percentage (About £8/9m per week), goes to 'Good Causes'.  It was questioned what a 'Good Cause' actually was?  Areas like e.g. supporting illegal Migrants, religious areas, or Donkeys in Egypt,  were felt areas, contributors would perhaps NOT  want their money spent on.

There are lotteries for every cause these days, so you can choose which one you want to contribute too, but it seems this huge amount of funding via the National lottery means you DON'T get that choice and we are talking huge amounts of money.

This was ridiculed by recipients of the Lottery because the money comes in effect, from betting (Which is what a Lottery is), this was countered, that may well be the case, but you are quick enough to apply for it, and if we are talking charitable contributions, then the lottery ticket buyers are major contributors just the same, so should not these 'gamblers/lottery ticket buyers', have a say, on where their 'contribution' is spent? 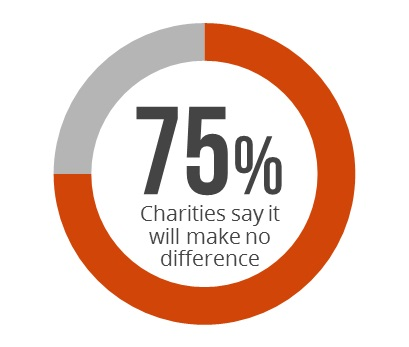 This is a moot point as many charities with hearing loss, of the 'Deaf' or Hearing loss areas, are amidst major beneficiaries of lottery funding as well.  E.G. Sign Health, the BDA, the RNID, the NDCS and dozens of other high profile charities in those areas get it.  There is a view such 'support' areas should NOT be getting lottery grants, that in effect are subsidies for the dire lack of state care, and its unwillingness to meet its own equality laws on human rights?

We already pay taxes for these things.  If the taxes are insufficient then address that.  The issue of state control and interference over allocation of funding is also suspect in that it is 'syphoning off' funds for care so they can spend it in areas that don't provide any, like sending money to countries where terrorists are accessing that money.  Or India to subsidise its rocket research.... There are too many examples of abuse.  Even lottery grants to overseas aid where nothing tangible ever comes from it.

The state is in effect, leaving charities to 'pick up the tab' by begging to maintain a care and support base that is a state obligation.  They argue BSL support is being paid for BY the state and authorities already.  Deaf are not charged for needing an Interpreter in the UK.

The question is still being asked why e.g. deaf children need charity? have they no right to an education or support already? Charity exists because the state continues to fail in its obligation to care for or educate, its most vulnerable, charity then perpetuates and supports it to stay alive itself.  Is this an unhealthy approach to inclusion, independence,  and empowerment?  Does it make beggars of deaf children and adults etc?  Maintains the images of reliance and 'help'.  It certainly puts the deaf insistence on non-disabled status into clarity.

Have we not just switched from state reliance, to charitible reliance?   At the start, this was mooted as us doing it for ourselves and having the say and direction, but it never happened, we were sold a pup, mugged in fact.   Hard of Hearing have voiced concern money is being allocated to supporters of deaf culture for areas that had nothing to do with support, but cultural promotions via arts etc when they would prefer it spent on alleviating deafness and more research to stop it from happening.  There was no such area identified of benefit for the majority with mere hearing loss.  BSL was saleable, culture the clout to demand with, hearing loss wasn't and there are concerns about bias and funding use that never got to others or for their support.

There was and is an imbalance of funding allocation.  further concerns raised that a number of profile deaf charities over the last few years had gone bust and were run by rank, well-meaning amateur,s who couldn't manage funding properly or offer the services they claimed funding for, and went bust. The alternative problem of the Charity Commission allowing far too many charities to be created via hearing loss who offered nothing much of use and wasted huge amounts via duplication of services etc.   Demands they vet applicants went literally on 'deaf ears'.  The waste goes on.

ATR's first blog was highlighting a welsh charity that demanded and got £17,000 to 'examine the needs of local deaf people', it failed to get anyone deaf locally to run it, the Charity Commission hadn't even checked for viability.  It was offered and the funding to 2 students who were hearing who didn't even reside in the area, over 18 months nothing happened except a computer was bought and a few posts on it cut and pasted from online about cut-price rail fares for disabled, then it all vanished along with the computers.  Ironically next to no local deaf knew anything about it, or had been contacted about what their need was.  Unless the Charity Commission starts vetting applicants for suitability,  this money is going to pour down the drain.  A 'good idea at the time' is NOT a basis for support.

Would it be far better the state influence was removed from the lottery and a panel consisting of ticket buyers, determine where they want their 'contributions' spent?  It would be democratic at least. Maybe a list to peruse of charities they would prefer benefited themselves?  One view put forward is this would promote racism and discrimination, as various areas blocked BAME areas or even disabled ones maybe preferring to save dogs instead or something, and all because of the unknown influence of a 'free' choice.    Is it not for the state to say where we spend our money to ensure fairness? who decides what is fair, not the donors?  Possible areas to benefit could be displayed at the point of purchase, and the majority decision thus determining where it goes, was one suggestion and based locally not nationally. It was argued why contribute to areas well outside their own who were needing it?

We would at least then see how we view the whole charity thing.  It all means £B's every year so not peanuts, so needs monitoring in relation as to how it supports the undermining of state obligation and thus, our rights, which inadvertently Charity is also contributing to.  Would we support charity funding of Deaf culture or not?  Maybe 10m HoH wouldn't, or hearing not interested. Access and inclusion is purported to be a human right, so why are we underpinning that with handouts governed by others?  I know where I would want my money to go so why isn't it my choice?  I don't get one because its a lottery?  If we stop buying.......