A woman contacted lawyers when she learnt she had broken lockdown measures after they were not presented in an accessible format. Legal action has been raised against the government for their lack of sign language provision during Covid briefings. 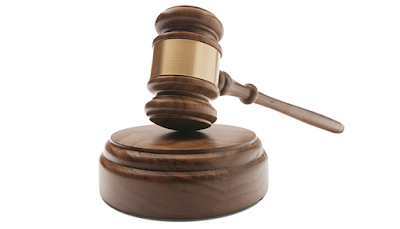 Equality lawyers have raised a judicial review after months of communication regarding the importance of a British Sign Language (BSL) interpreter at Covid briefings.  The government currently outsources their interpretation to the BBC, who are not required by law to have interpretations for all their content. This potentially excludes 80,000 people who use BSL as their primary language.

She said “I am suing the government for lack of BSL access at a time that is considered life and death. Not only do I have myself to look after, but I also have my unborn son to take into account. With my medical history,  including previous miscarriages and Crohn’s disease, I’m more susceptible to infections and picking up illnesses. It’s so, so important that I have access to the whole information from the government and not just selected bits that get interpreted.”

First/Preferred language? where is the actual need used and ability base?  What a pity deaf are not taught an ability to read or are literate! which can be the only reason they lack the same access as everyone else, yet, the claims are inherently invalid. 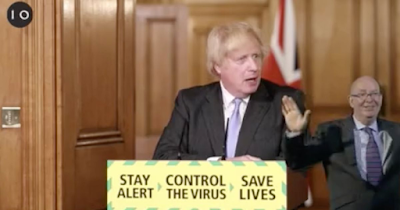 Boris provided BSL access in March 2020 at the start of the outbreak, ATR published a vid/picture of him doing it.  He did it BEFORE the welsh and Scots started.... but due to the issues of the time and since, it was not viable 'in house' as updates came directly from Number 10.  However full BSL access WAS and still is provided on the BBC news channel every time.

The BBC has NOT cut BSL re covid or been selective about it.  Welsh and Scottish (And indeed Irish output) is done in different environments and settings, Ireland had TWO interpreters every time. Welsh output in BSL, is actually an English translation it has no welsh version of sign language being used.  Welsh deaf don't know their own regional variations or have opted for the English version.

Few if any BSL terps, can understand or use the welsh language.  Clearly, the issue isn't a lack of BSL access but an inability to read, aligned with a right not to if deaf so 'prefer'?   Ignorance of the welsh language also contributes.  Is the individual insisting they have a right NOT to use their own reading ability?

It is questionable BSL is sufficient to explain the complex issues covid presents, it is a mass of statistical output and Tier explanations and rules etc that confuse hearing as well.  Such covid explanations are never done in full with in-vision interpreters either, there is no time to do this.   Covid BSL explanations can only do 'highlights' and broadcast in a general fashion they won't accommodate everyone who signs due to educational limitation and learning difficulties.  In-depth cannot take place during an update.

There can be little doubt the main message is getting through. Apart from updates in BSL on the BBC, 6 deaf charities also provided more in-depth explanations on covid almost daily, receiving funds to do so.  It was agreed each area approached explanations in their own format and in their own areas.  Some were criticised for not proving captions clearly demonstrating BSL needed a text to assist with many deaf people.

There were queries why TWO dedicated BSL TV channels in the UK funded for free, failed to utilise their output to update deaf people, why weren't they taken to task?

ATR published 8 blogs in 2020 of most of the BSL access in the UK contact areas re covid, the campaigner, continued to state it did not exist.  Two social media areas connected with the BDA removed our links, go figure.  To suggest deaf can die through lack of BSL is stretching credibility, and aligned with a 'right' refuse to read the written word even when they can to prove a point, make us all look negative, adapt.

By far the biggest issue is campaigners insisting BSL or else when there is a real need to utilise what is already there. Who, is endangering the BSL user?   Perhaps we need look no further than their own activists and campaigners...