NDCS in dissaray over the BSL Bill 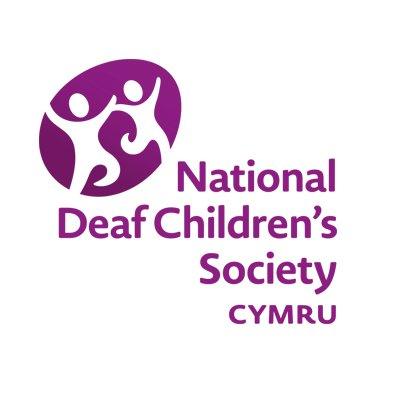 ATR:
Thanks for your email. it has been passed on to myself to respond to as Head of Policy and Influencing for Wales at the National Deaf Children’s Society Cymru. At the National Deaf Children’s Society we operate on the basis of informed choice. Our belief is that families should be informed of all communication options and have the opportunity to pursue the communication option that they feel is right for them.
Many members have been telling us that they would have liked the opportunity to sign with their deaf children but that the opportunity to learn sign simply wasn’t available to them. This has been backed up by an independent review commissioned by the Welsh Government. Similarly, we have members who are BSL users and members of the Deaf community and we are aware of the barriers they are facing.
We regarded the motion put forward by Mark Isherwood as supportive of addressing 'some' of these issues. We do not regard a BSL Bill as taking the place of the need for informed choice or to emphasise any one form of communication over another, but rather regard it as a mechanism to highlight the barriers that are in place for those that would like to use BSL. The motion was proposed by Mark Isherwood, who then asked us for our thoughts and we provided information in line with the above and in support of the points outlined in the motion.
Much of our lobbying work at NDCS Cymru is also around securing better support for those who choose an oral approach to education. For example, our work around the availability of radio aids, classroom acoustics and deaf awareness.
In terms of the Bill, the item debated at the Senedd last week was very early stages of putting an idea on the table at the Parliament. Before a Bill could be passed, it would have to pass through very many more stages and, of course, this would be something the National Deaf Children’s Society would be keen to be involved in and to involve our members in should it progress further.
The statistic you refer to has been in circulation for some time and I understand comes from RNID Cymru as it covers all ages. Statistics that we hold relate to numbers of deaf children supported by local authorities and do not cover the wider age range.
I hope this helps to allay any concerns you might have had, but please do not hesitate to get in touch if you have any further queries.
Many thanks,
Debbie Thomas
Head of Policy and Influencing for Wales
National Deaf Children’s Society Cymru
The views of the author may not necessarily reflect those of NDCS.    (yep we wondered too!)
ATR: The usage of the RNID statistic is a moot point as they aren't validated and the sole source of them, there seems confusion with UK deaf child statistics being used to bolster local welsh deaf children via the proposal of a BSL Bill.   The NDCS also fails to identify its own 'members' in support of a BSL Bill in Wales, other than 'some'.
The NDCS hasn't understood the basis of a BSL Bill,  or what the bottom line actually is, Mr Isherwood had no background to supply for his proposal, ATR had his response saying so.   Just random quotes from charities who clearly are sitting on some fence or other.  As in Scotland and N Ireland, the BSL Bills are culture-based,  to them BSL and culture are linked. It is not a basic rights choice whether to sign or not, and the NDCS has failed to show deaf educational areas that prevent sign use, and, it endorses oral usage and Total Communication itself.
What informed choice will mean, is a few BSL supporting parents unable to find a class for the deaf child they have, since informed choice means those who want an oral approach cannot be taught in the same classroom where BSL is a primary mode.  A BSL-driven cultural education demands a new curriculum, and new teachers trained, and a new approach to educating deaf children, at the base, it is an exclusive education that operates alternatively to mainstreaming.
The NDCS fails to explain how 'informed choice' can actually work.  Without a majority of parents of deaf agreeing, piecemeal education is the deaf child's future, and division of deaf education into signing and non-signing deaf, but, Wales has no deaf school they can attend.  Is the real point of a BSL approach just cultural promotion, knowing we cannot separate children by communication? so BSL 'rules'?
Posted by MM at Wednesday, March 03, 2021 No comments:

The UK's most popular Deaf blog blows it again.

The latest offering by Mr O Dell on the UK's Limping Chicken blog who claims to be a 'deaf journalist' now complains about world hearing day being negative about awareness, pity he didn't use his 'journalistic eyes and actually READ what it was all about, AWARENESS of hearing loss and deafness.  'Cherry picking' which bits he prefers to go at, is a tabloid approach, but O Dell isn't good at it and he looks silly.
The British Deaf Association must be turning out these daft deaf extremists on a conveyor belt, they all talk the same act the same like robots and talk in echoes.   He didn't read the article he criticised, but why lose an opportunity to show us all his biased ignorance?  Having mastered writing the written word he could do with lessons actually reading as well.  Hearing loss awareness and deaf awareness are the same things.  Guess what? it is all about what you can hear and what you can't.
What World Hearing Day is about. Do you want it in  LARGE print Liam?

The number of people living with unaddressed hearing loss and ear diseases is unacceptable.

Timely action is needed to prevent and address hearing loss across the life course.

Investing in cost-effective interventions will benefit people with hearing loss and bring financial gains to society.

For the general public:

Good hearing and communication are important at all stages of life.

Hearing loss (and related ear diseases) can be avoided through preventative actions such as: protection against loud sounds; good ear care practices and immunization.

Hearing loss (and related ear diseases) can be addressed when it is identified in a timely manner and appropriate care sought.

People at risk of hearing loss should check their hearing regularly.

People having hearing loss (or related ear diseases) should seek care from a health care provider. 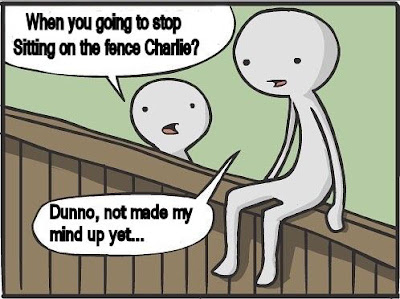 What is Liam's alternative? we all follow him and his lemmings over the nearest awareness cliff edge?  C'mon Charlie scraping the barrel now...  You support 32 hearing loss charities on your blog, don't you?  Ooops.... (At least try to look neutral).