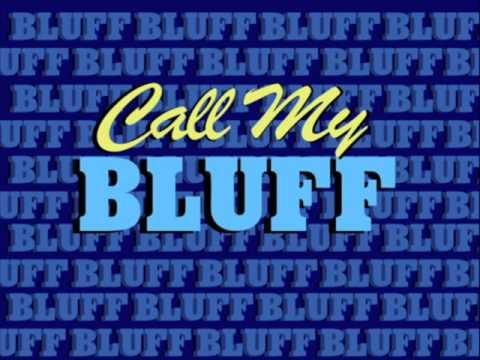 'All deaf people belong to a deaf culture'

'All deaf people are different..'

[Only ONE of these statements is true, can you guess which?]

How the Hard of Hearing do it..... Bluff? not to be encouraged, ARE hearing people bluffed erm... maybe not! Let's ask them! A poster priding themself on fooling hearing most of the time... why?

Growing up hard of hearing, I bluffed my way through conversations. My ability to discriminate via auditory means alone was poor, so I supplemented my understanding of communication by speechreading. As anyone knows, speechreading is a hit or miss process, with 40 to 60 percent visible on the lips and the rest of it guesswork.

I could pretty much handle one-on-one conversation with relative ease if the speaker wasn't tight-lipped or excessively decorated with hair. For most conversations, I could understand nearly everything being said. Add another person, and the speechreading became more intense. Add in more than three people, and I was hopelessly lost unless I had control of the conversation.

Enter the social bluff: The head nod, the thoughtful smile, or the chuckle that goes along with a brilliant joke. This worked fine - except for one problem: What if you didn't catch the joke even after the third time of extreme speechreading? I've been asking everyone I know about social bluffing. At first, I got puzzled looks.

Apparently, deaf and hard of hearing people are experts at it.  "It's a survival skill," says Lenny Kepil, a deaf adult who worked for Lucent Technologies for many years. "It was the only way I could get through social situations without having to ask people to repeat things over and over."

Lenny also recalls remedying a situation where he would happen upon a co-worker in the hallway and have difficulty with a conversation. "In that case," says Lenny, "I would tell them that I am needed in lab (not true) and head out the door or down a stairwell... I would then tell the co-worker to e-mail me and I would get back with them ASAP."

Howard Rosenblum, a Chicago attorney who is deaf, recalls the time he was caught bluffing his way through a conversation. "I was about 14 years old and talking to my dad's friend," says Howard. "I nodded yes in response to what I thought was a question he was asking. My dad was standing nearby and he realized my answer didn't match, so he asked me, 'What did Mr. Smith say?'"

"I don't know," was the response. Howard's dad was quite upset at the bluff. "Why didn't you tell him you didn't understand?" he asked him. Howard explained that he didn't want to embarrass himself or his dad's friend, and it was easier to bluff than to ask him to repeat what he said.

"As a kid," says Howard, "you're always forced into family situations or social events that you can't control, so you bluff your way through. As adults, we can control the social situations we go into, or we have access to interpreters to provide access to group conversations."