Can any deaf person be a juror?

No, there are numerous rules that prevent the deaf from being a juror (Guide below taken from official UK Government sites).  Whilst BSL users may now be jurors this also means lip-readers and text users can also, the new guide doesn't prioritise the sign user alone and is part of the general inclusion of disabled people.  Good luck ensuring interpreters remain neutral or preventing the deaf from asking their advice! 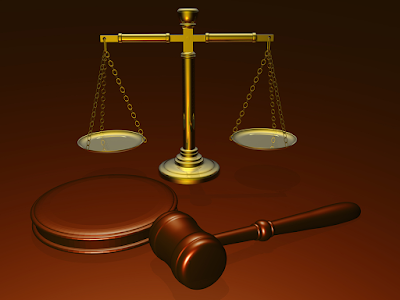 You are disqualified from jury service if:

● you are, for the time being, liable to be detained under the Mental Health Act 1983; or

● you are, for the time being, resident in a hospital on account of a mental disorder within the meaning of the Mental Health Act 1983; or

● you lack the mental capacity (see below) to serve as a juror, within the meaning of the Mental Capacity Act 2005.

What is Mental Capacity?

Mental capacity is the ability to make a decision for yourself. People who cannot do this are said to ‘lack capacity' under the Mental Capacity Act 2005. (This act allows challenges to a deaf person's ability to follow proceedings via inadequate understanding, an argument used by hearing lawyers in the past).

This must be due to an impairment of or disturbance in the functioning of the mind or brain which may be due to illness, injury, learning disability, or mental health problems. To have capacity a person must be able to:

● Understand the information that is relevant to the decision they want to make.

● Retain the information long enough to be able to make the decision.

● Weigh up the information available to make the decision.

● Communicate the decision by any means.

You are disqualified from jury service if you are currently on bail in criminal proceedings.

You are also disqualified from jury service if, in the United Kingdom, the Channel Islands or the Isle of Man, or if in relation to a service offence under the Armed Forces Act 2006 anywhere in the world:

● you have ever been sentenced to:

imprisonment, or a term of detention, of 5 years or more; or imprisonment for public protection or detention for public protection; or imprisonment, custody or detention for life; or an extended sentence under either of sections 226A, 226B, 227 or 228 of the Criminal Justice Act 2003, (including such a sentence imposed as a result of section 219A, 220, 221A or 222 of the Armed Forces Act 2006) or section 210A of the Criminal Procedure (Scotland) Act 1995; or detention at Her Majesty’s pleasure or during the pleasure of the Secretary of State.

served any part of a sentence of imprisonment or detention;

You will also be disqualified if you have in the last 10 years been subject to any equivalent order under the law of Scotland, Northern Ireland, Isle of Man, any of the Channel Islands, or a community or overseas community order under the Armed Forces Act 2006.

You may be committing an offence and may be fined up to £5,000 if convicted, if you serve on a jury knowing you are disqualified by reason of anything listed above.